What does cod have to do with employee ownership?

During the Revolutionary War, the British took aim at one of America’s main economic engines, the cod industry, by imposing stiff tariffs on the fisherman. After gaining independence from Britain, Thomas Jefferson, then Secretary of State, was charged with coming up with a plan to help the industry recover. Jefferson offered a federal tax credit to the ship owners and sailors to help them recover from the taxes they’d been paying to conduct cod fishing. This helped boost their profitability and allowed for more ships to be built. 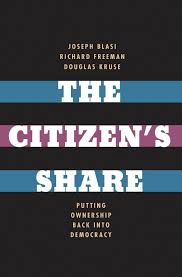 There was a catch though: only those shipowners who had profit sharing plans that included the entire crew of the ship would be eligible for the credit.

In the book, The Citizen’s Share, the authors explain, “The founders understood that the performance of the crews depended on shared rewards and that the well-being of the country depended on all citizens having a stake in the economy’s performance.” Sharing the success in this way both inspired and motivated each person to work cooperatively towards a common goal – ultimately saving the industry.

The ownership philosophy still exists today. The authors of The Citizen’s Share conducted a study in 2000 and found that ESOP firms had, “significantly higher sales growth and higher sales per worker,” when compared to similar companies without ESOPs.

When you own a part of the company you work for, it is a distinguishing factor in what makes the company successful.