Omaha is FBG’s largest district, a spot they have maintained since we first opened our doors in 1960. Led by the Vice President of Strategic Accounts Andy Petersen, this team scored first in the categories of both Safety and Growth, which garnered them the first place win. 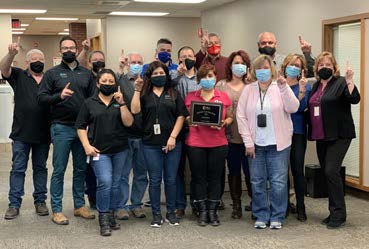 The Omaha District played an integral role in setting the direction of our company’s response to COVID-19 over the past year. Working with the Strategic Leadership Team, they became the testing site for electrostatic disinfection (EDS) applications and the donning and offing of personal protective equipment (PPE), as well as recognizing the need for emergency response teams and creating the levels of EDS disinfection.

To everyone in our Omaha District who contributed to these efforts, congratulations and thank you for paving the way!